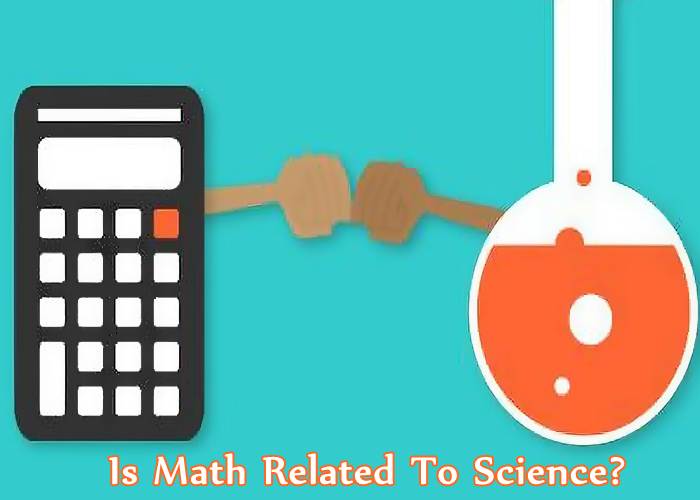 More recently sciences were developed by testing the intellectual product with empirical data. These sciences are not regarded as being pure.

Mathematics, often regarded as pure science, has for most of history been based on postulates of geometry that could not be proven.

He pointed out how amazing it is that even though math is something we invented in our head it applies across the universe and everywhere in science. He said that if you want to measure something, you need math. All so very true, well-framed, and easy to understand.

I could add that we simply did not have what we call science today until we started applying math to describe the physical world.

Galileo Galilei is credited with this landmark innovation only a few hundred years ago back around 1590. One hundred years later Isaac Newton expressed the fundamental laws of mechanics in mathematical terms and these two innovations together are the foundations of science even today.

Without it, we would be riding around in horse carts similar to what the Romans used that were much inferior even to the carriages of the 1800s. Automobiles and airplanes simply could not have been invented yet. Nothing would be the same after the marriage of Math and Science.

Math enables us to measure things with numbers. It’s not easy, but we can guess how the numbers we get from the measurements we make can be reproduced from some mathematical principle or formula.

This guess usually turns out wrong but we can know that it’s wrong because when we try to use the principal or formula the answer does not always agree with what we actually measure.

When after every reasonable effort to check the formula or principle we find it always works, we tentatively accept it until we discover a case where it fails. It’s an iterative process and we are always trying to refine things. We call this mathematical modeling.

This eliminates most (but not all) of the time and effort of trial and error. That is why applying math to science has led to an explosion in technology. We can know a great deal (but not everything) about how things will work even before we try.

We can even use this combination of math and science to study and make predictions about things we could never observe directly, like what happens inside stars or what happens when atomic particles come together. These techniques are called mathematical simulations.

While you might be able to do science without math, it would take tens of thousands of years to make significant progress.

Must Read: In Transit, Arriving Late

What I have outlined here focuses on how math is applied to physical science but it can also be applied everywhere: medicine, business, psychology, economics, sports training, computers, motion picture industry, the art of painting, etc. All of these fields and many more have been greatly advanced by applying math and the scientific method to them.

What kind of math is used in science?

Arithmetic, algebra, and advanced mathematics may be used. Arithmetic and algebra are used to establish values and solve simple equations or formulae. In classical or everyday Physics and Chemistry, normal values are used to solve equations. In Astronomy, distances, sizes, and masses are very large.

What are the similarities of math and science?

Regarding their similarities, both mathematics and science are taken as ways of understanding that are embedded in rational logic – focusing on universal knowledge statements. Both are seen by society in general as essential components of schooling, rivaled only by literacy.

Is math the purest science?

More recently sciences were developed by testing the intellectual product with empirical data. These sciences are not regarded as being pure. Mathematics, often regarded as pure science, has for most of history been based on postulates of geometry that could not be proven.

What is the relationship between math science and technology?

Science is the study of the natural world by following a systematic process of observation, including experiments. Mathematics and technology are tools that scientists use to help them learn about the world. Technology refers to the devices and inventions that are created through our scientific knowledge.

The short answer is “It can’t hurt.” The physical sciences, such as Physics, Astronomy, Chemistry, all require a great deal of math to master. High school and AP Physics require algebra, plus a facility with the trigonometric functions sine, cosine, and tangent.

Science is the systematic search for testable explanations concerning the material world. The most systematic approach to science is to find fundamental laws that can explain the messier theories and observations we make.

Mathematics is not science. Mathematics is a branch of logic dedicated to the construction of imaginary, simple universes with few objects and few laws.

Often these universes resemble the real world, and thus various branches of science use math to model the real world. This works better with physics than biology (because of the complexity of the objects), and perhaps even less with psychology, linguistics and economics.